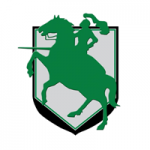 Thank you members for your ongoing support of the club with your registrations before the cut off.

Regretfully we have no teams for any other age group. Also, we are unable to accommodate First Hits this season.

Training will be confirmed via the coach.

Please ensure you join our facebook page and WhatsApp group to stay updated.

Training is currently on hold, pending a drop to Level 2

Training times will depend on grading but will be either 5-6 or 6-7 pm at Parrs Park.

First Hits is Saturday only 9-10 am at Parrs Park.

All games are Saturday as follows:

Season dates will be provided closer to commencement but we do break for School Holidays.

Note: we will try to keep players in the same team as last season where possible. Teams will be confirmed before the first game.